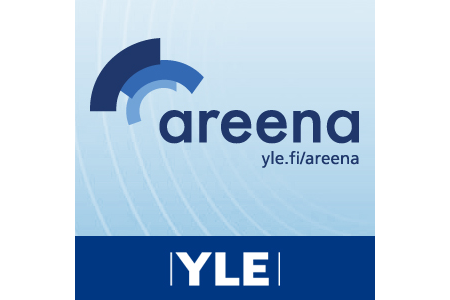 Apparently a significant number of people (I guess about 1-2% of the Finnish households) did not succumb to the political and advertisement pressure to upgrade their TV to receive digital broadcasts. Here in Finland analog broadcast has stopped in 2007. Thus without purchasing a "digibox" or a new digital TV, one cannot receive any Finnish broadcasts anymore and one should not need to pay the TV license fee to support the national public TV station YLE ("YLE maksu"). Driven by the revenue loss of millions of Euros, the public broadcasters lobbied the politicians into a obligatory "media fee" for every household independently of their TV watching habits.

One argument that I have heard was that those who did not upgrade their TVs are consuming the content produced by YLE via the internet or other means. While this is certainly true for many of them, it is no valid argument in the discussion as there are still many who don't and who therefore should not have to pay. My household didn't continue to pay the TV license fee after the analog signal was switched off: We don't own a digibox, neither a digital TV nor any other digital receiver. Even before that we hardly watched the TV and every hour we watched cost us about 20 Euros TV license fee (yearly fee divided by yearly hours watched).

I only started to use the (free of charge) internet TV services of the Finnish broadcaster YLE (YLE Areena) in the end of 2009 when I heard that the TV tax is a done deal and will be introduced next year or so. I sincerely hope that when the obligatory media fee is introduced, YLE's internet services will not be restricted to a few selected series as they are now. I do not oppose pouring money into public broadcasting: The best documentaries on this planet are made by the BBC, a broadcasting monster that receives huge amounts of money from British taxpayers.

Speaking of the quality of the public Finnish TV: The only program that I (or rather my son) is watching via the internet service of YLE Areena is not produced by YLE, but acquired from abroad. It's the British childrens' series Little Princess. And because of the limited availability (I think you can watch every episode only for 2 weeks after the initial broadcast) I have to record the streaming video, since there is no Download-to-disk option in the Flash player that YLE uses.

Luckily, someone from the Technical University of Helsinki adapted the rtmpdump utility and made it work with YLE Areena (rtmpdump-yle). However, this is not for the faint of heart as you need to compile the program from source code yourself (it compiled smoothly on my Linux Ubuntu Hardy Heron system; UPDATE 10.5.2010: A Vanilla Lucid Lynx system required the libssl-dev package before it compiled). After compiling it is just opening the Yle Areena web page in your browser to play the program of your choice. Then you need to copy the id number of the program from the URL and insert it in the following command:

[img_assist|nid=534|title=|desc=|link=url,http://katsomo.fi|align=left|width=160|height=90]The only other show I get via Finnish internet TV services is as well a foreign production: Mythbusters. However, I get this from Katsomo, the internet TV branch of MTV3, a Finnish commercial TV channel. Also for Katsomo you need to resort to some command line wizardry to save it to disk. For Katsomo, you need the Mplayer: Open the Katsomo web page in your browser to play the program. Copy the id number of the program from the URL and insert it for the p variable in the following command. Sometimes the first version of the command doesn't work (why not?).

Sometimes this just won't work due to network congestion and the connection is lost after a few (or two hundred) MBs. And even if it works you might get an error message ("Stream not seekable"), but you can ignore it, the stuff is downloaded nevertheless. However, it's streamed in real time - saving takes the same time as watching, unlike the rtmpdump for YLE Areena, which downloads a 30 min series in about one to two minutes (provided your download speed allows for that).