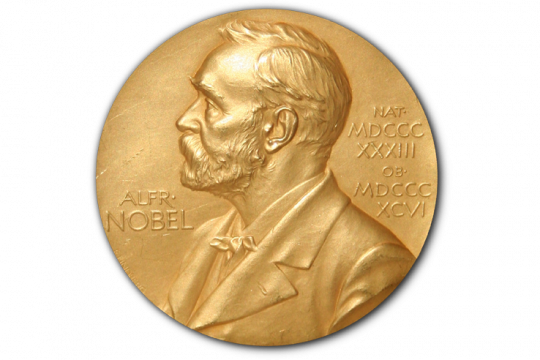 Three of this year's nobel prizes were given for topics we work on:

The prize in Medicine was shared by Youyou Tu and William Campbell/Satoshi Ōmura. Campbell and Ōmura received their share for the development of an anti-parasite drug that is effective against roundworms (nematodes), which are the cause of river blindness, lymphatic filariasis and a few other diseases. Nematodes, that cause lymphatic filariasis (like Brugia malayi) are living in the lymphatic system. Many nematodes do express a VEGF-C-like molecule, but the function of this parasite-VEGF-C for the nematode’s life cycle has never been looked at.

The prize in Chemistry was shared by Tomas Lindahl, Paul Modrich and Aziz Sancar for their mechanistic studies of DNA repair. We are right now experimenting with such mechanisms, especially the cytidine deamination, which we exploit in order to generate mutations on demand. When cytidine is converted into uracil (which can happen spontaneously or mediated by an enzyme), the enzyme Uracil-DNA glycosylase (UNG) removes the uracil base. Then another enzyme (apurinic/apyrimidinic endonuclease) cleaves the backbone 5’ to the abasic site and DNA polymerase beta excises the abasic sugar phosphate residue and inserts a cytosine thus repairing the damage.

The third prize is the one in Economic Sciences, which went to Angus Deaton. “He pioneered the analysis of individual dynamic consumption behavior under idiosyncratic uncertainty and liquidity constraints.” (from the Advanced Information PDF by the Royal Academy. I freely translate: He researched how peoples 'spending behaviour changes in the face of irregular and insufficient income. That describes quite well our lab’s financial situation and we indeed work on that issue, because science without money doesn’t work.