Washing off the dirt from the dirty dozen 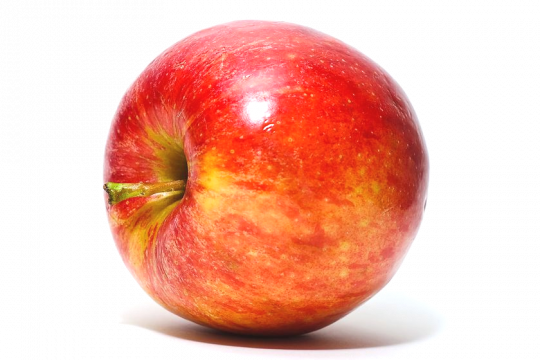 There has been much talk about the dirty dozen, a list of the 12 fruits and vegetables most contaminated with pesticides, that was assembled by the Environmental Working Group. Although I sympathize with many goals of the EWG, the EWG is nevertheless an organization with an agenda.
Apples were leading the list of the dirty dozen and because apples are probably the number one fruit I eat, I decided to look closer at the methodology of the EWG's study. The EWG states on their site: "Nearly all the studies on which the guide is based tested produce after it had been washed or peeled." The data the recommendations are based on was not generated by the EWG themselves, but by the US Department of Agriculture (USDA). The USDA has Standard Operating Procedures (SOP) for Laboratory Operations and looking at the relevant SOP (PDP-LABOP Sample Processing and Analysis, Rev. 4, 07/01/12), I found the following:
5.3.3
Apples
Wash each apple under cold running tap water for approximately 15-20 seconds to assure that all
surfaces of the apple have been rinsed. Allow to drain for at least 2 minutes on paper towels on a
flat surface. Do not peel. Remove the stem, if present. With a commercially available apple
corer remove core or, using a clean, dry knife, cut each apple in half or quarters and remove the
core portion. Mechanically chop just until a visually homogeneous mixture is attained. Unit
counting is required. Refrigeration may not exceed 120 hours from the arrival time until the
sample is homogenized.
Now, from this it appears as if the apples were analyzed with the peel. Maybe apples are the exception that the EWG means when they write "nearly all". Could it be that conventionally grown apples contain much of their pesticides on their peel? Yes, that is a possibility, since "... peeling the apples significantly reduced all pesticide residues" (Rasmusssen et al. 2003: Distribution of multiple pesticide residues in apple segments after home processing). Actually, lots of research has been done to address the question of whether pesticide residues can be removed from fruits and vegetabled by washing. The results point all into the same direction: with few exceptions (systemic pesticides) a majority of the pesticide residues is located in or on the peel. Water temperature is important: the hotter, the better the pesticide residues are removed. Detergents and rubbing improve the result just as is the case for washing your hands (Holland et al. 1994: Effects Of Storage And Processing On Pesticide Residues In Plant Products, Chavarri et al. 2005: The decrease in pesticides in fruit and vegetables during commercial processing, Keikotlhaile et al. 2010: Effects of food processing on pesticide residues in fruits and vegetables: A meta-analysis approach).

I guess that's why many people routinely remove the peel and still others wash and rub apples under hot water. And if you like to eat the peel, just buy organic. At the very least, you feel better.

Image based on Red Apple by Abhijit Tembhekar.