How attractive is Finland for international students? 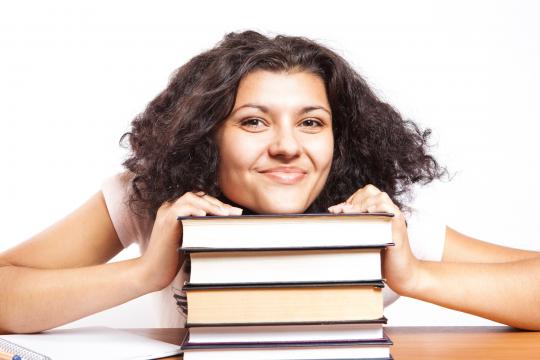 One apology upfront: All the links in this post are to Finnish sites, demonstrating one of the problems that foreign students face in Finland: a language that doesn't resemble any other European language (apart from Estonian and Hungarian, which also belong to Finno-Ugric language family).

Foreign students are generally having a good time in Finland. Although not everything is perfect, the University of Helsinki (and Finland in general) is worth considering when you want to study abroad. This is the bottom line from a feedback survey among more than 800 international students from the years 2020 and 2021. Especially the high quality of the teaching was appreciated. Other points in which Helsinki University excelled were the safe environment and the handling of the Covid-19 pandemic.

However, the latter has also a downside, as more encounters and discussions with the academic staff were on the wish list of the students as well as more social support. This is hardly surprising given that international students cannot fall back on the same networks as the locals when they arrive in the country. The worst single issue appeared to be the reception of the students. Arriving and dealing with an unknown and incomprehensible bureaucracy is often too much for newcomers. Discrimination was only experienced by 4% of the respondents and among them, language discrimination and loneliness were the most common.

I always warn students who tell me that they plan to apply to the University of Helsinki. You want an honest opinion on whether to start your studies in Finland? Ok: It can get pretty cold and it will get REALLY dark in the winter. However, Helsinki is still one of the more livable places when it comes to the cold and dark season. It rarely gets below 0°F (-17.8°C), and being on the South coast it's also one of the least dark places. And global warming is doing its best to increase the temperatures. Finland is already the insider's bet for long-term real estate investments: still cheap enough, but with extreme growth potential once climate change converts Southern Europe into a smelting furnace. However, these scenarios will fully realize only the current political decision-makers have already kicked the bucket. But if you are in for the long haul, Finland might be THE place to be. But again, if the gulf stream collapses, you'll be thrown back to square one. Thank your parents for the mess they have left you (https://www.theguardian.com/environment/2021/aug/05/climate-crisis-scien...).

Unfortunately, as good as Finland might be for studying, staying in Finland for good is a different story. Even though Finland needs to boost immigration to make up for its declining and aging population, there are still unfortunately too many hurdles to overcome before settling down becomes a realistic option for most foreigners. The language is only one of them, others being mentioned in a recent article in the largest Finnish daily newspaper (Helsingin Sanomat) are the difficulty to become integrated into the Finnish society, the for foreigners incomprehensible bureaucracy, and the low salary levels.

But also growing resentments towards foreigners within the Finnish population, manifested in the success of the "Finns Party" (formerly known as "True Finns"), are not helping. Most other European countries also fight with right-wing political currents. In my home country Germany, the AfD (roughly equivalent to the Finns Party) is not considered by any of the democratic parties as a possible coalition partner (wishful thinking on my part?). But here in Finland, the Finns Party has been already in a coalition government, and only the social democrats and the leftist coalition have a clear "no" position in this matter.

Just recently, the newly elected major of Helsinki Juhana Vartiainen commented on the attractivity of the Finnish labor market for foreigners:
"A miserable failure on Finland's part. The political consciousness has been very slow to even grasp that we need labor immigration at all." (Helsingin Sanomat, 28.08.2021).

But all that aside, academic teaching is at a very high level. And it is free for EU/EFTA residents (and holders of qualifying degrees from those countries). For paying students, the tuition fees are a bargain compared to many other universities that play in the same league (between 13000 and 18000 Euros per year, depending on the study program). However, the university staff will have to pay a high price to maintain this quality. For the current decade (2020-2030), the ministry of education has the goal to increase the number of completed university degrees by 100000 (https://www.acatiimi.fi/4_2021/15.php). At the same time, the university budget has been cut. The government will probably compensate for the cuts in a media-attraction gathering "rescue the university" move to distract from the fact, that we need dozens of millions on top of this to provide the same high level of teaching for those 100000 additional degrees over the coming years. At the research level, academic staff has been fighting an uphill battle since 2005, when the inflation-adjusted budget for R&D decreased for the first time. But meanwhile, students start to feel the lack of sufficient funding e.g. when their teachers simply do not have anymore the same amount of time for them as they used to.

I have no other choice than to advise students against an academic career in general. Most other European countries have similar problems, but perhaps not at the same level as Finland. And the students know that academic funding is especially bad in Finland.