Putin wants you to drive fast and much! 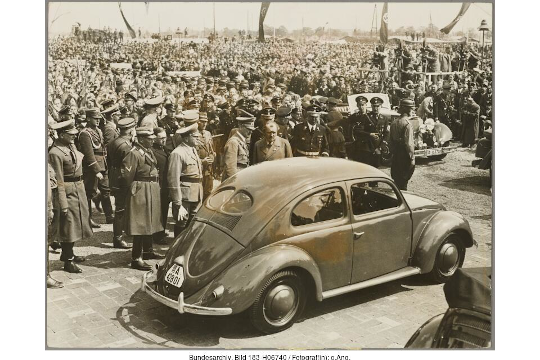 Given that I could fill up the same tank for less than 75€ still a year ago, I expected that people adjusted their driving habits to save energy, the planet, and their wallets. But I was mostly wrong.

Driving slower and driving less
Everybody, who has not been living under a stone, knows that the most efficient driving speed is somewhere between 50 and 90 km/h. The air resistance increases with the speed. This increase is not linear, but exponential. By speeding, you save a minimal amount of time by wasting an incredible amount of energy. Even though most drivers complain about the horrific gas prices, hardly anybody seems to adjust their behavior either by driving slower or by driving less. I would like to know what the reason is for this paradoxical behavior, it's inexplicable to me. I know that some drivers like to drive fast (I belonged to this category when I was 18). But hey: then you should shut up and just pay for the "fun"!

Infantile requests for state subsidies
Suddenly, people who usually defend our market economy are calling for state intervention to lower gas prices. WTF? Just because for the first time you realize that you yourself are subjected to the powers of demand and supply you forget your free market values and call for state intervention. The only way to solve the problem of rising gas prices is to trust the market. Unfortunately, in many countries, the governments are exactly acting against all experts' advice and are artificially trying to lower gas prices, e.g. by lowering taxation (e.g. France, Austria, Netherlands). That keeps the demand artificially high, further widening the gap between supply and demand, which was causing the high prices in the first place.

Our society is built on the dependency on cars
You say: "It's impossible to do without a car where I live". You are likely correct, but you have decided where to settle down. That was a conscious decision. You traded very affordable housing costs with high transportation costs. We bought our apartment about 7 km from the Helsinki city center. Where we live, I rarely encounter a real need for a privately owned car. However, we paid an insane amount of money for our apartment. The same amount of money would have bought us a large piece of land with a castle just 50 km North of our current location. But that would have required us to have at least one, better two cars. At the time, I did the calculation assuming that the total costs of having a car (purchase price, insurance, gas/electricity, repairs, etc.) at between 5000 and 10000€/car/year (depending on the car type and many other factors; car ownership is relatively expensive in Finland). Since I planned to live for at least another 40 years, the price of our apartment, reduced by 0.4 Mio. Euros, seemed suddenly not that high anymore.

There are many details that influence the exact relationship between driving speed and fuel consumption: the car type, the road, the engine type, etc. But the bottom line remains that starting from approximately 75 km/h, every further incremental increase in speed will cost you more and more money. It's true that for some cars, this increase is not as dramatic as for others, but once you cross 100 km/h it will become significant for all cars.

Germany is not a role model for fuel efficient behaviour
My home country Germany has perhaps the biggest problem to get rid of its dependency on Russian oil and gas. If all Germans would agree to drive maximally 90 km/h on their highways (~55 mph), they could lower their gas utilization for highway driving by many millions of liters every day. However, the Germans love driving their fast BMWs on their Autobahns still so much that they don't mind financing Putin's war by doing so. Not much seems to have changed since Nazi Germany: the majority of people are blindly following what all the others are doing, at least on the Autobahn. After all, the Richtgeschwindigkeit ("recommended driving speed") on German Highways is 130 km/h, which is far above the most economic speed which is for most cars about 50 km/h lower. But "Freie Fahrt für freie Bürger" ("Free driving for free citizens") is a holy cow in Germany. Not even the Green party, since 2021 part of the government, dares to touch this cow.

Also car drivers are financing Putin's war
There has been no reduction in the driving speed in Germany despite the high fuel prices. After more than two months into the Ukraine war, it seems that at least the amount of total kilometers driven in Germany has been finally starting to fall: https://www1.wdr.de/nachrichten/umsatz-tankstellen-gefallen-weniger-tank.... Interestingly, more and more people in Germany seem to need a car: The total number of vehicles was 1.3% up in January 2022 compared to the previous year (that makes 67.7 Million vehicles for ~83.5 Mio people, 94.4% of which are still using gasoline or diesel).

Roots of car dependency go back to Nazi Germany
Interestingly, it was Hitler who started the dependency of German society on cars. He promised a car to every German family. To make this a reality, the VW company (Volkswagen = People's car) was founded. A new city was built to support the factory. There is a rumor that the city was named in honor of Hitler "Wolfsburg" (Wolf was the code name for Hitler, see e.g. Wolfsschanze). The city still bears the same name today. It feels strange that when the city was renamed in 1945 (from its original name Stadt des KdF-Wagens bei Fallersleben), the name collision seemed not to have been an issue. Nevertheless, VW is still the second largest car company in the world (after Toyota). Of course, the famous German highway system has also some of its roots in Nazi Germany. Obviously, the Nazis did not invent highways, but they appropriated the idea and used the highway building as a propaganda means. In fact, "only" about 4000 km of highways were built between 1935-1945.