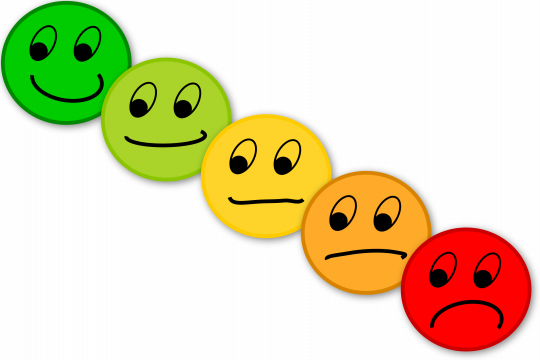 No pressure to be happy
Finland is perhaps the only country in the world where you can be yourself. If you don't have a reason to smile, you don't have to smile here. Especially in the US, everybody wants you to be happy. After all, the persuit of happiness is written into their constitution! At times, people might even feel offended if you don't show outwardly that you are cheerful and positive. In Finland, there is no social pressure to be happy. Maybe that lack of pressure makes you a little bit happy, too...

The UN Happiness Barometer has many methodological flaws
But whether Finland really is the happiest country in the world, as the UN happiness report has been claiming for four years in a row, is something you have good reason to doubt. And most Finns doubt it, too. The concept of happiness is a social construct and thus varies from culture to culture. I believe that the questions asked for the UN report are the deeper reason. Happiness was not even studied! People were simply asked people how they assess their life situation regarding different aspects on a scale from 0 to 10. Prof. Hannu Uusitalo is one of the more prominent critics of the report. He, too, sees a whole series of methodological flaws. The proportion of citizens who did not want to participate in the interviews or were not available for an interview for other reasons was obviously very different between countries, which inevitably leads to a distorted picture. There are some methods to compensate for this, but it is unclear exactly how this was done. In addition, some interviews were conducted by telephone while others were done in person, which can also lead to large differences.

Translation problems and conflicts of interest
And translating the questions is a science in itself. Unfortunately, the translations of the questions for the "Happiness Report" into the individual languages are not public. You have to pay money to see them. Gallup justifies this by saying that they themselves spent a lot of money to collect the data. And life satisfaction (which is probably what was measured) is understood very differently in different cultures. Not to mention that the whole project was financed by the United Arab Emirates. The conflicts of interest involved have been thoroughly exposed by the British magazine "The Intercept" (https://theintercept.com/2021/12/29/jeffrey-sachs-uae-happiness/), even though the top Scandinavian countries are unlikely to be affected by these conflicts of interest (more on the subject here in Finnish: https://www.hs.fi/ulkomaat/art-2000008514849.html).

The questions had little to do with happiness, but only with the prerequisites for happiness, at most with the satisfaction with one's own life situation. Some of the questions supposedly have been:

Then, of course, there is the so-called "toxic happiness". If you're happy, you don't need to change the status quo. But for humanity to survive, we have to change a lot.