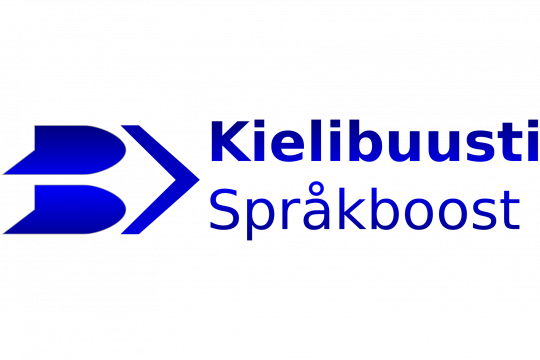 I am having a new attempt at learning Finnish! Until very recently, my career has progressed in Meilahti at the Faculty of Medicine, University of Helsinki. After the Research Fellow period financed by the Academy of Finland, my career prospects at Meilahti were meager at best, as almost all vacancies require good Finnish or Swedish language skills. In Finnish medical schools - unlike in many other study programs - you have to be able to teach in Finnish or Swedish. In other EU countries, there are many universities where you can study medicine without knowing a word of the local language, but Finland does not (yet) recruit foreign students for medical degrees.

Before I started to study at the university, I was already once in similar language trouble. In the autumn of 1989, when the political changes in Eastern Europe made free travel possible, I decided to visit Hungary. My interest in Hungary originated from several Hungarian friends of mine, who were living in exile in former West Germany. When I arrived in Hungary in the spring of 1990, I did not speak a single word Hungarian. However, none of my Hungarian friends ever spoke anything to me but Hungarian. I remember with particular fondness Tomi and Timea and all their family and friends who patiently listened to my ramblings and corrected grammatical errors in my speech.

Learning Finnish in Finland is different. Why does nobody want to put up with my bad Finnish? I have come across the idea that Finnish people are not used to foreign accents. I don't subscribe to this explanation. The former Eastern European countries were at the time also isolated and linguistically homogeneous - in much the same way as Finland. Is it perhaps because nowadays nobody seems to have time for anything? In the autumn semester, I took part in a Finnish language course offered by the University of Helsinki. The course was part of the language boost (kielibuusti) project. Studying languages takes time. We always wonder how young children are so good at learning languages, but we forget that they are learning full-time. The Finnish language course has certainly affected my other work, and for this reason, I fully understand those foreign researchers who do not even waste a single second learning Finnish.

As far as learning Finnish is concerned, I think the problem is not so much with the course offerings, although they could be better. The problem is rather that you don't get to exercise your Finnish in real life because there is always someone around who - for very good reasons - doesn't know Finnish or doesn't want to learn it. In my own lab, all the native languages of the lab members - including Finnish - are minority languages. And without exception, all the people I talk to speak excellent English. It takes real effort to use any other language than English (that also applies to my own mother tongue, German). One of the goals of the Language Boost course was to get ourselves a language buddy, someone with whom we could communicate regularly in Finnish. After half a year, I am still without a language buddy. Although the teachers on the course were excellent, two hours of Finnish a week is unfortunately not enough.

I know several researchers who have come to Finland from abroad and who speak excellent Finnish. However, most of them have family ties to Finland. Therefore, they have had to deal with Finns who do not speak English. They were forced to learn to speak Finnish. The same thing happened to me in Hungary 30 years ago: most people did not learn English at school. We had only one language of communication, and I used it all day long in all situations.

This post was inspired by Reetta Vairimaa's article "Claudia and Celia" in the magazine Yliopistolainen (1/2018), which unfortunately is not available online.

Here is another aspect of the problem: There is simply not enough time to study Finnish for most foreign researchers. Compared to their native counterparts, they have already a higher workload even without learning Finnish. Building up a network - both professionally and privately - is lots of work. The numbers of Finnish learners at universities (20-30%) that were mentioned in this Acatiimi article (Too few people study Finnish or Swedish) sound very high to me. I know lots of foreign researchers but very few of them have substantial knowledge of Finnish (but perhaps that is only true for Ph.D. students, which are overrepresented in my distorted view).