The whole story started when I tried to sign a LibreOffice document. When you belive the internet, document signing is inbuilt into LibreOffice. 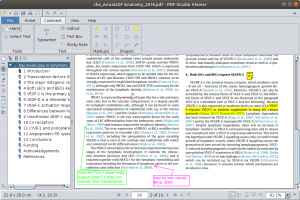 I reinstalled Acrobat 5 to run it under wine. It didn't work. The reason appeared to be again a plugin: DocBox.api. After removing it everything went smoothly. Already before (using RedHat 9) I have had trouble with a Acrobat plugin (it was WebPDF.api at that time). Most manipulation of pdf files can be easily done with Linux tools, but one thing is tricky: cropping already existing pdf files. That's why I need Acrobat.