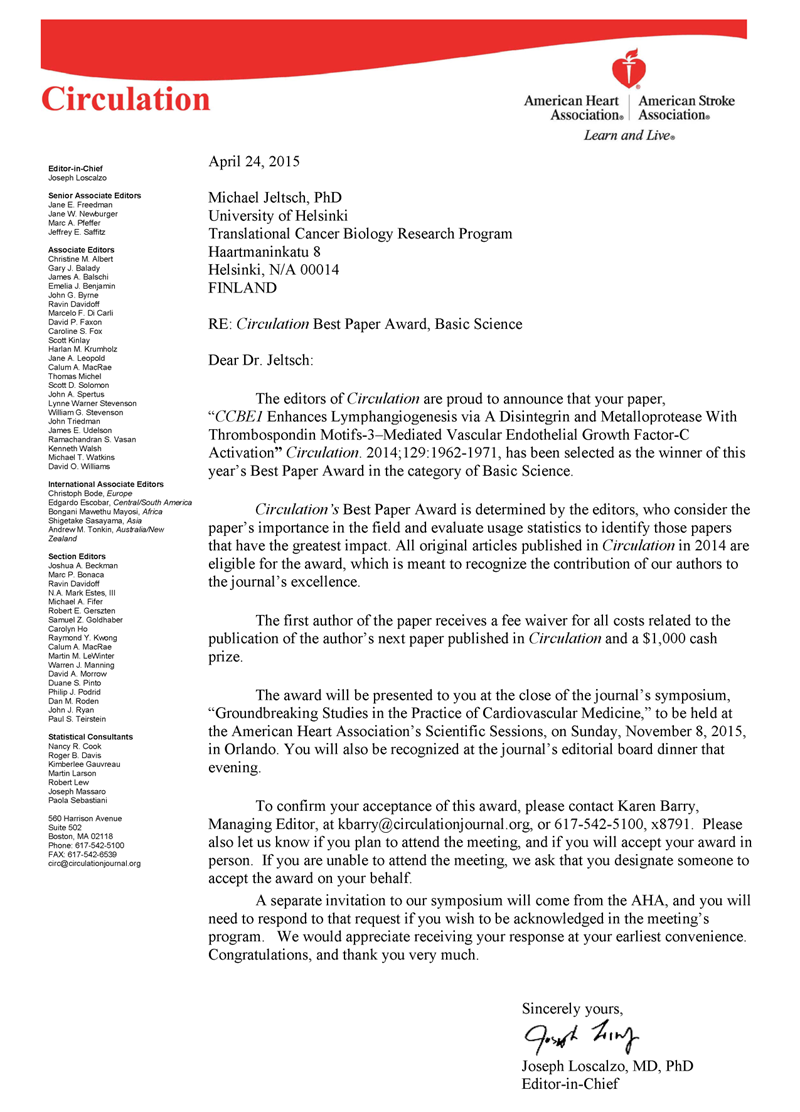 We have won Circulation’s 2014 Best Paper Award in the category of Basic Science. Circulation is the leading cardiology journal and the organ of the American Heart Association. Already when we published the paper (titled “CCBE1 Enhances Lymphangiogenesis via A Disintegrin and Metalloprotease With Thrombospondin Motifs-3–Mediated Vascular Endothelial Growth Factor-C Activation”), it was clear that it provided a major overhaul of our understanding of the VEGF-C growth factor and it got featured by Open Heart. The article manages to provide multiple new insights:

The research had been started, when I was still working as a postdoc in Kari Alitalo’s group, but the important breakthrough was achieved in our further collaboration after I had already set up my own lab. The 2014 award will be presented in the symposium, “Groundbreaking Studies in the Practice of Cardiovascular Medicine,” to be held in the American Heart Association’s Scientific Sessions on November 8, 2015, in Orlando, Florida.
File: