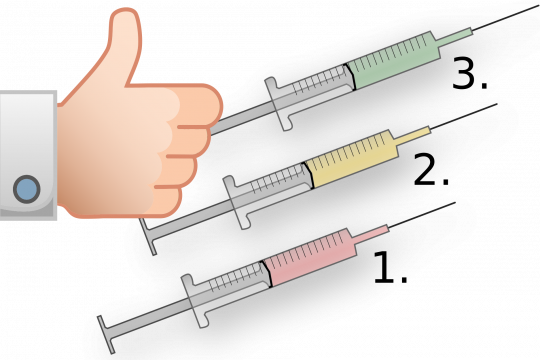 Hooray, I am finally boostered! I did not mind what I would get, but ended up for the 3rd time getting the BioNTech/Pfizer mRNA vaccine.

UPDATE (23.01.2022):
I received some feedback concerning this 2-sentence blog post. I never really think much about the vaccination anymore. To me, the situation appears very clear from a science-based medical perspective. Below, I will keep adding answers to some questions and statements.