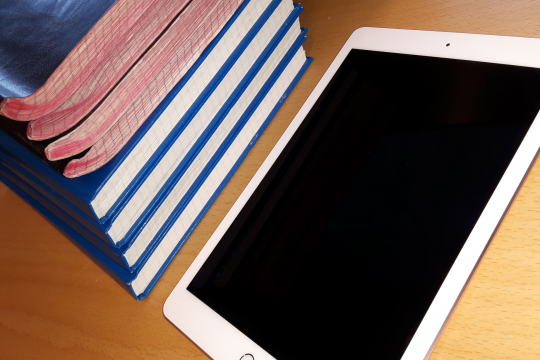 Electronic lab notebooks (ELN) are the future. While this statement appears self-evident, it is not clear what software will establish itself and which ones will disappear. When I first checked the ELN market about three years ago, there were only a handful of solutions. Now there are already maybe about a hundred different software companies that try to cash in on the trend. And what is even more worrisome is the fact that the list of vendors contains already about 20 abandoned products...

Thus, settling on a software is a serious decision for a lab and even more so for a whole institute. Many points need to be taken into consideration. Just to mention a few of them:

- How sure is it, that the software is available and supported in 10 years? If the company disappears, your data might as well. All vendors will claim that your data is safe. You should be realistic given the widespread deception of customers and authorities by companies. Just think about VW...

- What is the upfront investment and what are the running costs? If they charge you for storage space, the price might initially be low, but don't underestimate how much data you will accumulate with all the new high res imaging and sequencing technologies. Once you are doing superresolution, you easily can gather a many GB each week. E.g. SciNote includes 100 GB of storage for 2 teams, which can fill up within a few weeks depending what type of research you are doing. I was trying to figure out how to buy storage beyond 100 GB, but I could not figure out how. I hope that the usability of their ELN is not on the same level...

- How free is your data? Can you easily (and in an automated fashion in regular intervals) pull out your data if you need to? In what format can you get your data? If it is only PDF or Word files, just forget about it. You should get a real database dump that can be used to populate other systems. I would not trust any company to tell me ahead of time that they will go belly-up soon and that I should rescue my data...

- Where are the data stored physically? This determines e.g. what law the data falls under and who has access to it. How much can you trust a small company overseas to keep your data private and secure? Let's remind everybody of the data breaches that affected Sony, Linkedin, IRS, T Mobile, UPS, JP Morgan Chase... Some vendors offer in-house hosting, but the pricing seems to be too high for many academic labs to make this a viable alternative.

- Open Source seems to be a solution to may of these problems. However, with diminishing computing infrastructure support from the university, the maintenance requirements of such a system need to be very low in order to make this feasible.

- If it is marketed as "free", what do they mean with free? Often, the "free" offering is not sufficient for any serious work and hence misleading. "Free" as in "free beer" is also not enough... Many labs need also the freedom to adapt the software to their specific needs, which excludes proprietary solutions without public APIs.

In my lab we have been testing a few of the available solutions. Our emphasis was on open source solutions since only Open Source solutions make it easy to test the software extensively. So far we have tried:

Needless to say, a few other ELN software solutions have appeared since we decided to move from paper notebook to an ELN. Some look promising (below a list of examples). However, while they all solve the problem of information retrieval, none handles well the information entry. In this respect, the paper notebook is still infinitely more flexible and straightforward.