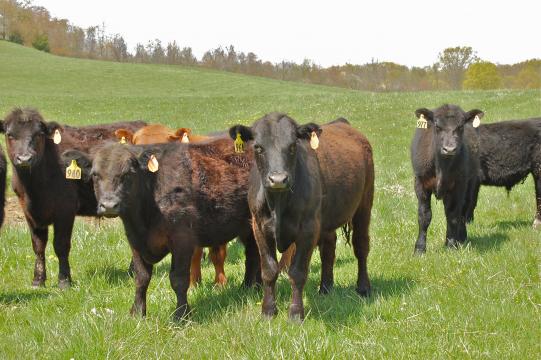 A while ago, a friend of mine argued that, for him, changing to a meat-free diet wouldn't make a big difference for global warming. When some humans replace animal protein sources with plant protein sources humans, they'd start farting much more thus offsetting the benefits of reduced greenhouse gas emissions by life stock.

I had no clue whether there was any merit to that argument, but finally, I made a rough calculation. Even under the most generous settings, this argument falls flat because the numbers for greenhouse gas emissions are vastly different for humans and cows. For the sake of simplicity, I only looked at methane as it is much more important in this context compared to carbon dioxide.

It appears that on a fiber-rich diet, humans produce about 10 mg of methane per day (http://dx.doi.org/10.1136/gut.32.6.665), while grass-fed cows produce about 250 g (http://www.fao.org/3/a0701e/a0701e00.htm, https://blogs.agu.org/geospace/2019/01/09/scientists-breathalyze-cows-to...). A cow produces 25 thousand times more methane than a human. Even if we assume, that a meat-eater does not produce any methane and that he eats only the equivalent of a single cow in his lifetime the argument falls short by the factor of almost 1000 (cow's lifetime: 2 years, human's lifetime: 80 years).
However, the assumption that a meat-eater eats only the equivalent of one cow during his lifetime is very generous. In reality, this is highly unlikely as there are only e.g. 5 sirloin steaks in one cow but 85 pounds of ground beef.

A cow weighs about 450 kg when slaughtered, out of which barely 200 kg is usable meat. If that is used to fulfill the meat hunger of the average person (80 years of 70 kg meat consumption/year, https://en.wikipedia.org/wiki/List_of_countries_by_meat_consumption) this translates into 30 cows during the lifetime if all the meat comes from cows. Therefore, the assumption of needing one cow over one lifetime is overly optimistic even for people with minimal meat consumption.

Another interesting fact that I did not know was that freely grazing cows produce 3 times the amount of methane compared to cows in meat factories that are fed with maize/corn. So much for "organic meat".