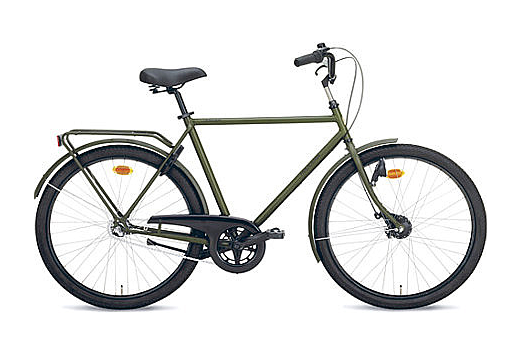 My Trek bicycle lasted 10 years and approximately 50000 kilometers before I had to retire it. I don't do any preventive maintenance and fix things only when they are broken. In 2006 I bought a 450€ bicyle from Biltema. It lasted not even 5 years before it needed a major repair (including replacing the expensive bits like wheels, brakes, derailleurs, freewheel and many less expensive ones). Last June I decided to get a Helkama Jääkäri for about 700€. It's an old style army bicycle and I hoped that it would last longer than the Biltema quality.

This winter I cycled with my new Helkama bicycle several hundreds of kilometers on bumpy snow tracks and in February my rear wheel allmost fell of. The screws had not been tightened sufficiently and the thread was already badly damaged. To continue my way I had to remove the washer to expose some undamaged thread and tighted the screw. I contacted Helkama, because the bicycle was not even a year old. They responded quickly and I received a replacement rear wheel by post within a week. That's good customer service and a reason to stick with the brand: When I bought a new bike for my son last month, I choose the Helkama Yoker, even though it was certainly not the cheapest choice.