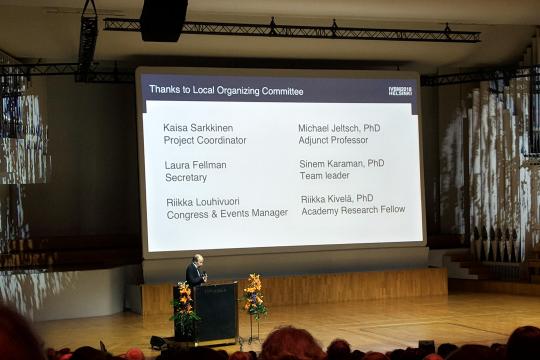 As member of the local organizing committee for the IVBM 2018, I was asking conference participants for direct feedback. I received lots of praise, which I do not want to iterate here. If we are ever going to organize a large international conference again, here are the things that we should do differently next time. Maybe this list can also help other first-time organizers of large, international conferences. If this list gives you the impression that the conference was badly organized, you would be mistaken! All the important stuff worked smoothly and some of the issues below were solved before any of the participants noticed. However, there is always room for improvement of the details! And - as always - some of the issues were out of our control as we had outsourced some of the work, most notably to Confedent International. And some decisions were a compromise between the optimal and what the conference budget could accommodate. I also encourage you to contact me if you want to add something to this list; it could make things better in the future!