Cycling during the Finnish winter 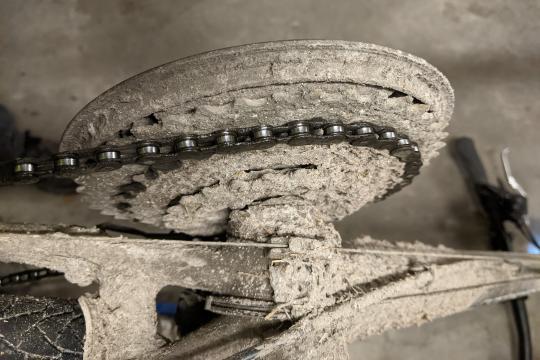 Finally, snow has arrived in Helsinki! So far I was using my summer bicycle and it does not look nice. My daily commute has only perhaps one kilometer of dirt road, but during the mud months, that's enough to undo any cleaning in a few seconds and to remove any lubrication from the chain. The mud months are nowadays in Helsinki at least three - thanks to global warming: October, November, and December. Cyclists who advise cleaning one's bike weekly have just too much time on their hands... Most of the bicycles that are sold are not really built to be used all-season and I am still looking for something, that is really low-maintenance also during the mud months. And I am getting worried about the amount of chain lubrication that I distribute into the environment. I have heard that some cyclists are using biodegradable chain saw lubricant, and I will probably try that out.