The mixed bag of the EU organic food label 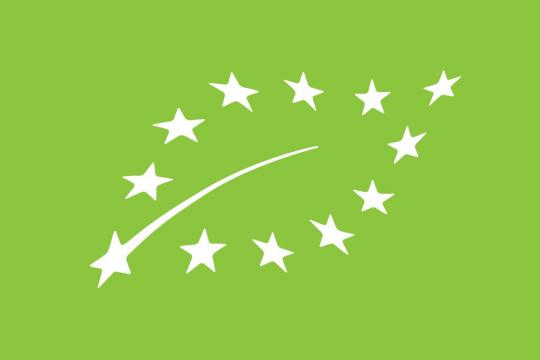 Many people assume that organic production of food results in healthier food with a higher nutritional value. Hence they buy food produced according to EU rules of "organic farming". The first set of rules was introduced in 1991 and it was amended a couple of times. If you want to market your food as "organic" within the EU and use the EU organic food logo, you need to adhere to these rules.
Often the same people that usually are very critical towards EU legislation take it for granted that the EU did a good job with its organic farming directive. Unfortunately, that is not the case. The main purpose of the legislation was to unify and to enable EU-wide trade of organically grown food and not to make sure that the food was more healthy or of higher quality than non-organic food.

The directive also emphasizes the avoidance of "non-organic" chemicals, but for most foods this is only a minor factor contributing to how "healthy" the food is. I shake my head over organic refined flour on the supermarket shelves. If you want to use healthy flour, you should use whole meal flour. Refined flour has much less fibers and therefore is simply not a good choice if your goal is healthy eating. It is practically irrelevant whether the wheat has been grown organically or not if you strip out the fibers. Organic refined flour is only topped by by organic sugar, where everything healthy has been stripped away and its source - organic or not - is 100% irrelevant.

The organic label is actually a hodge-podge of very different practices that aim to reach very different goals. Among these are animal welfare, sustainable farming and the avoidance of some practices that are perceived as "non-organic" (e.g. GMO, "non-natural" pesticides*). But if the health value of the final product was one of it aims, than it has utterly failed.

I am all in favor of treating animals well, but if I am forced to buy organic milk, I support many practices that I do not want to support. For example the rage against GMO or non-natural pesticides and fertilizers. I have no problems with cows eating GMO plants. It is clear that GMO is one of the key technologies that we need to rescue this planet (the alternative is to reduce the amount of people on this planet). And without pesticides and fertilizers, we cannot feed the planet without cutting down the last remaining rain-forests and converting them into farm land (see e.g. https://ourworldindata.org/yields-and-land-use-in-agriculture). By buying organic food you support a political compromise and not scientifically sound rules how best to produce high quality food or to save the planet. Did you expect anything else from an EU directive? The EU was founded as "European Economic Community" and economic interests were the primary forces at work.

Since I drink probably a liter of milk any given day in form of caffè latte, I should be perhaps interested in using high quality milk. Comparisons of e.g. the fatty acid profiles of organic and conventional milk have been done. Clearly, for the quality of the milk (e.g. levels of polyunsaturated fatty acids, ratio of omega-6:omega-3 fatty acids), the most important factor was not, whether it confirmed to the EU rules for organic food, but rather whether the cows were eating their greens! https://www.google.fi/url?sa=t&rct=j&q=&esrc=s&source=web&cd=1&cad=rja&u.... Conventional low-input* cow farming was superior to organic high-input** farming and the differences between conventional low-input** farming and organic low-input farming were likely not significant, although I cannot be sure about this, because the significance levels compared only organic low input farming to conventional high-input farming (I requested the original publication, but did not receive any reply yet). Whether these differences translate into measurable health effects for milk consumers is still another question and probably depends on the level of milk consumption.

Interestingly, the organic vs. non-organic problem has been well recognized (see e.g. here in the German daily newspaper "Die Zeit" https://www.welt.de/wirtschaft/article147993831/So-wird-Bio-zur-schoenen...). The need for differentiation has led the Finnish diary producer Juustoportti to market its milk not under the organic EU label, but under the "free-ranging cow" label (vapaan lehmän maito). If you want healthy milk and care about animals, but don't want to support the anti-scientific organic lobby, this could probably be your choice. Sadly, Juustoportti also rides on the anti-GMO bandwagon. Organic (Finnish: "luomu") milk might also come from free-ranging cows (and even conventional milk occasionally does), but the certification doesn't necessarily require it.

*Sadly, the primary principle in the distinction between allowed and non-allowed pesticides in organic farming is whether they are of "natural" origin. Safety and efficacy are only secondary. It should be obvious to any educated person that being natural does not equate being safe to eat: Botulinum toxin, the death cap mushroom and and the mineral cinnabar do all occur naturally, but they belong to the most poisonous substances known to man.