Predatory publishing - where to draw the line? 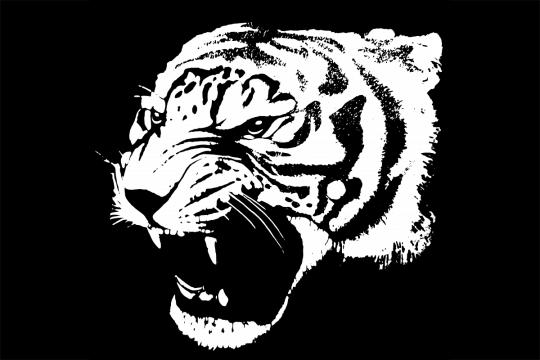 It seems that many researchers recently received an invitation to join the editorial board of the new open access journal ContROL ("Continuous Research Online Library"). The sheer number of invitation might be already a bad sign as the choice of the editorial board is a delicate one and mass emailing is arguably not a good method to assemble a high-quality editorial board. I get frequently similar requests, and when the e-mail message doesn't clearly identify such a request as spam, I used to have a look at Beall's list to see whether the publisher or journal has associated "red flags". Some red flags are easy to identify. If you are an expert in the field but have never heard of the scientists who are supposed to do the expert work. One also could look at the publication record of the people to evaluate their previous work. However, nobody has the time to do that and that's where Beall's list came in handy.

However, Beall's list has disappeared this January from the internet. It was last updated on January 3rd 2017, but soon after that, all content was taken down. The January 3rd version is - thanks to great work of the guys at the Internet Archive - still available from here, but obviously it is not updated anymore. Nobody knows exactly why Beall took down all the content, but rumors have it, that Beall himself got threatend by parties which have a vested interest in predatory publishers remaining unnamed (read more e.g. here: http://retractionwatch.com/2017/01/17/bealls-list-potential-predatory-pu...).

There are lot of "new" publishers out there who want to participate in the lucrative business of scientific publishing. It doesn't really matter whether they use the open access model or not (when they are open access, they can e.g. earn on hefty "article processing charges"). Getting enough sufficiently qualified reviewers for the peer-reviewing process is hard work for the established journals and thus the peer-reviewing process of many new journals is more often than not less than rigorous.

I also do not like it if it's unclear who is behind a new open access journal. I feel an ethical dissonance if someone advocates open access, but all information about the journals background remains closed. In my opinion, there is at the moment not much need for more (open access) journals. Instead, most serious and reputable open access advocates are rather trying to improve the existing ones. One could conclude, that the relative amount of predatory journals among all newly established journals is steadily increasing and Google Trends support this notion.

How can I figure out whether the ContROL journal is legit or not? I have checked out a few of the people from the Advisory Board and they appear to be real scientists with real track records of various quality. However, even reputable scientists occasionally end up on the editorial board of such journals (sometimes with and sometimes without any action on their part). That said, there is no clean demarcation line between predatory and honest publishers. Even some of the "reputable" publishers engage occasionally in some shady and controversial practices. That's why Beall's site lists "potential, possible, or probable predatory scholarly open-access journals".

Beall's list has been criticized, but much of the criticism can easily be dismissed. An especially low-level attack on Beall's integrity is e.g. the site http://scholarlyoa.net (note the similarity of the URL!), where some unnamed person(s) engage in ad-hominem attacks, logical fallacies and exaggeration in order to discredit Beall's work. I myself doubt that the people behind this site are true friends of Open Access publishing. Throwing dirt does not do a favor to Open Access publishing. Maybe this site could even be a misguided, under-cover action by proponents of conventional publishing to discredit Open Access. There is valid criticism of Beall's work, but none of it challenges the concept that somebody needs to monitor Open Access publishing (in the same way people are monitoring and criticizing the big commercial publishers).

Maybe I should ask the publisher of ContROL a few questions. Mainly, why they still see the need for a new OA journal. ContROL promises in addition to the journal some kind of associated scientific social media and promotion platform. However, also that territory is already covered (by ResearchGate and Mendeley). I was perplexed by the hefty "membership fee" that you need to pay in order to use their services (https://control.zinianz.com/membership). But unless you publish several articles per year, it seems to me overpriced. Even though they mention that they have waivers from the Article Processing Charges, I could not find any details. Why would they hide this information? Researchers from financially challenged countries need to know the costs upfront! Such lack of transparency is exactly the opposite what open access needs to achieve. The "membership fees" might also prevent the associated services from succeeding. Getting traction with a scientific social media site is difficult (even if your services are free and backed by the most powerful publisher in the world). Likely, the promised benefits won't become reality.