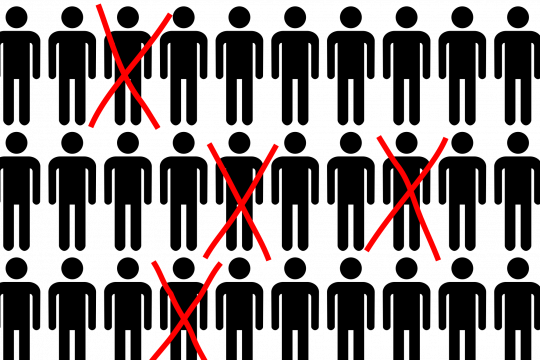 In 2015, the University of Helsinki sacked around 370 of its employees (and did not prolong temporary contracts of perhaps as many). Many survived only because their contracts did not end around the time when the "central committee" of the university administration overreacted when they realized how bad the university's financial situation really had become. About 10 years of conservative financial austerity culminated in the spring 2015-elect government led by Finnish businessman Juha Sipilä, who was jointly responsible for the massive funding cuts that led to the massive layoffs at the end of 2015.

Last month, a Finnish district court ruled that the layoffs had not been legal in the sense that the University of Helsinki did not adhere to the Finnish law on several accounts ("Yhteistoimintamenettelylaki", in English something like "Act on Collaboration in Businesses"). Notably, the court rebuked the university for its information policy and their lack of attempts to negotiate alternatives to the layoffs. This was exactly the feeling of most employees at the time: The central administration had cooked up a "solution" in some backroom meetings without consulting any of the stakeholders, and then it carelessly pushed this solution regardless of the consequences.

The compensations that were granted to the plaintiffs were 5000 or 6000€ depending on the length of their employment. One can argue about the pros and cons of the US-American legal view on compensations (which aim at deterrence rather than compensation), but even for a financially challenged University, 64000€ (including 35000€ legal costs and 29000€ compensation to the five plaintiffs) will neither help the plaintiffs very much nor deter any university from repeating such actions. And judging from the response, the university's central administration does not agree with the view of the district court, that the procedure did not follow the law.

The largest Scandinavian daily newspaper Helsingin Sanomat reported about this case: https://www.hs.fi/politiikka/art-2000006245821.html and also many other magazines, e.g. http://www.acatiimi.fi/6_2019/12.php.