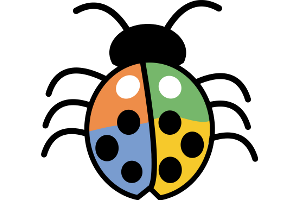 In the beginning of 2011 I bought a netbook (Lenovo IdeaPad S10-3t). I bought it with my own money. It was preloaded with Windows 7 Starter Edition. Because I prefer to use Ubuntu, I shrank the Windows 7 partition and installed Ubuntu as my primary OS. I installed the University-licensed Microsoft Office XP, for which there were still installation media around in our research program. There are only two occasions when I boot into Windows: when I needed to work on collaborative publications or grant applications at home with my co-authors using Microsoft Word or when there is a program that has no equivalent on Linux (which has rarely happened during the last years).

However, last October, more and more compatibility problems appeared between the aging Office XP and the newer versions of Office, that use the new XML format (.docx). On one occasion, after my boss had opened a Word file (created by Office XP), modified it and send it back to me (using compatibility mode), it became uneditable in Office XP. Word would crash whenever I tried to edit two of the three embedded images. In fact, I spent hours of recreating an editable version of that document from scratch.

That was when I decided to upgrade my privately owned computer's Windows and Office versions. Helsinki University's license agreement with Microsoft allows staff and students to run Windows and Office on their home PC. To university researchers, it happens all the time that they need to work from home. In fact, I wrote almost a complete research paper (Jeltsch et al, JBC 2006) from home. Thus it should not be difficult and not expensive to upgrade from Windows 7 Starter to Windows 7 Ultimate and from Office XP to Office 2010, right? Helsinki University wants to get higher and higher in the international rankings. Therefore, one might think the University would have made sure their researchers have easy access for the right tools to do their job. WRONG!

Helsinki University has provided instructions on their Alma intranet pages and I followed them: First I went to the Ohjelmistojakelu page of the university. Under the HUP (Home Use Program) link hides the "Microsoft Home Use Program and software delivery to members of the staff". I downloaded the file ("koodi.txt") which is a text file cotaining a code (something like "XXX0000"). With this code I went to the Microsoft Home use Program site. I had to type in my work e-mail address and the code and I received the following error message: "We are sorry, but we are unable to complete your request. the following problem(s) exist: - Please contact your benefit administrator to learn if you are eligible and to retrieve your program code."

I phoned the helpdesk of the University to ask what is wrong. The answer: "The University and Micorsoft are negotiating a new licensing deal and the old code doesn't work anymore and the new code is not yet there." How long will it approximately take for the new working codes codes to appear? "A few weeks." I waited a few weeks. To be precise: I waited six weeks. I went through the same procedure as before. But the code still did not work. Retrospectively, I suppose that the helpdesk's first answer was wrong: The codes were probably still fine, but the instructions on the university's pages were wrong (they sent me to the wrong page to type in the code and at the time of this writing - 5 months later - the university's pages are still wrong).

In the beginning of the new year I submitted a formal support request to the helpdesk. I received the following answer:

Hi Michael
University of Helsinki has made a new agreement with Microsoft (moved from MSCA to EES) starting this month and now that our agreement is changing codes won't work. I assume we get new codes to our new agreement from Microsoft after all paper work is done, and this will take approx. couple of weeks or so.
All we can do now is wait, you can check in february if Home Use Program -option is working. Sorry for the inconvenience.
Best regards,

Tommi also send me the Alma link with the instructions. I tried several of the links in the document (which were links to sites where one could order Windows and Office installation media/downloads), but already the first link was broken: Microsoft Windows operating systems: e-Academy (no CD/DVD option, only downloadable versions). It is still broken at the time of this writing.

The other option ("Microsoft Home Use Program HUP (Digital River, also installation medias)") linked only to the instructions that I already knew (and which do not work). Because apparently nobody had ever tried before to leaglly aquire Windows and Office for home use via this program, I went in March together with my computer to our physical help desk at Meilahti campus. Iivari was very friendly, but the only thing he managed to do was to replicate the problem and to convice somebody that there is a problem that should be looked at. A few days later he sent me the link to a page from where I could order Windows and Office for 20€/DVD: https://hup.atea.fi/.

This link I have never found anywhere in the university's online instructions (as I learned later, it is somewhere there, but almost impossible to find). I am not surprised that otherwise law-abiding citizens of this country use illegal versions of Windows/Office at home if it is so difficult to be legal.

I received the DVDs via Post a week later (I had to go to the post office and to pay there the 20€/DVD).

Before I installed anything, I made a disk dump

of my entire hard drive (250 GB hard disk, it took 20 hours via USB). Because I had Windows 7 Starter installed on my computer, I first tried to use the anytime upgrade. For this I actually only would have needed the license key, but not the physical installation disks. When I typed in the key, it started the upgrade, but failed without any details. So I decided to run the upgrade advisor (a program from Microsoft that determines whether your computer is "good" enough for the upgrade). The only thing it found was that I was short on disk space. So I freed another 5 GB by uninstalling software (mostly the bloatware that was put there by Lenovo). The second attempt also failed without any specific error message. I had no way of knowing what was the reason.

So I tried a clean custom install. First I needed to transfer the Windows 7 install DVD to a USB stick (my computer has no CD/DVD drive and I or my lab doesn't own an external CD/DVD drive). Fortunately this is easier with Windows 7 than with Windows XP. However, not all USB sticks seem to be equal and the first USB stick I tired (Verbatim) was rejected by the tool I used. I followed these instructions. Then I booted from the 4GB stick and started the upgrade. Everything went fine until the very end, when I needed to reboot and I was greeted with "Your Windows 7 install is broken. Do you want Windows to fix it?" Then I made a bad decision: I said yes. After fixing, nothing worked anymore. Upon rebooting, there was only a blinking black cursor.

OK, if I cannot upgrade, I can do a fresh install. I wiped my hard drive clean and started the install. Everything went fine until I had to type in the product key. It complained that it is not a valid product key. Of course I had not thouroughly read and understood the pages at www.atea.fi. Probably because they are only in Finnish. Apparently, the University's deal with Microsoft does not provide the staff with full installers, but only with upgrade installers. Consequently I need to keep my old Windows version around for the install. Luckily I had my diskdump. I wrote it back to the hard drive. This took only about 6 hours.

This Monday I went (together with my laptop) to the local computing support. Perttu enlightened me about the possible upgrade paths to Windows 7 and tried to do the custom install using an external DVD drive. And it worked! Hallelujah! It took several reboots, but finally I had a running Windows 7 Ultimate. Installing the drivers took also about three hours. It took an eternity to download the drivers from Lenovo's site, despite them being akamaized. Maybe they didn't pay their bills. Now I just needed to create an iso image from the Office 2010 DVD, move it over to the computer and start the install, which went flawlessly this time.

I presume that the first time I tried the custom install, the system was somehow compromised by the failed anytime-upgrade. Who knows. 500 Million lines of code, that nobody really understands anymore. It's close to a miracle, that Microsoft is managing to keep Windows afloat.

Of course the Windows installer had screwed up my grub boot loader and I had to start the machine from a System rescue CD on a USB stick and write back the MBR from my disk dump:

I still don't exaclty know now, whether the Windows 7 Starter Edition does or doesn't qualify for an upgrade using the University licensed upgrade plan. I stupidly assumed that if a 10 year old Windows XP Home qualifies, a Windows 7 Starter edition would too.

The whole procedure lastet about half a year and taken together, I spent maybe seven to ten days of work for it (about half of this time during working hours, the other half during my weekends). Let's estimate the real costs including the hours I had to put into this Windows 7 & Office 2010 installation: conservatively at least 1000€. The system is broken and the worst thing is, that there is nobody to blame and nobody who can fix it. Maybe Helsinki University should invest some energy and time into the development and adoption of open source Operating Systems. After all, the most popular one (Linux) was started by somebody from Helsinki University. 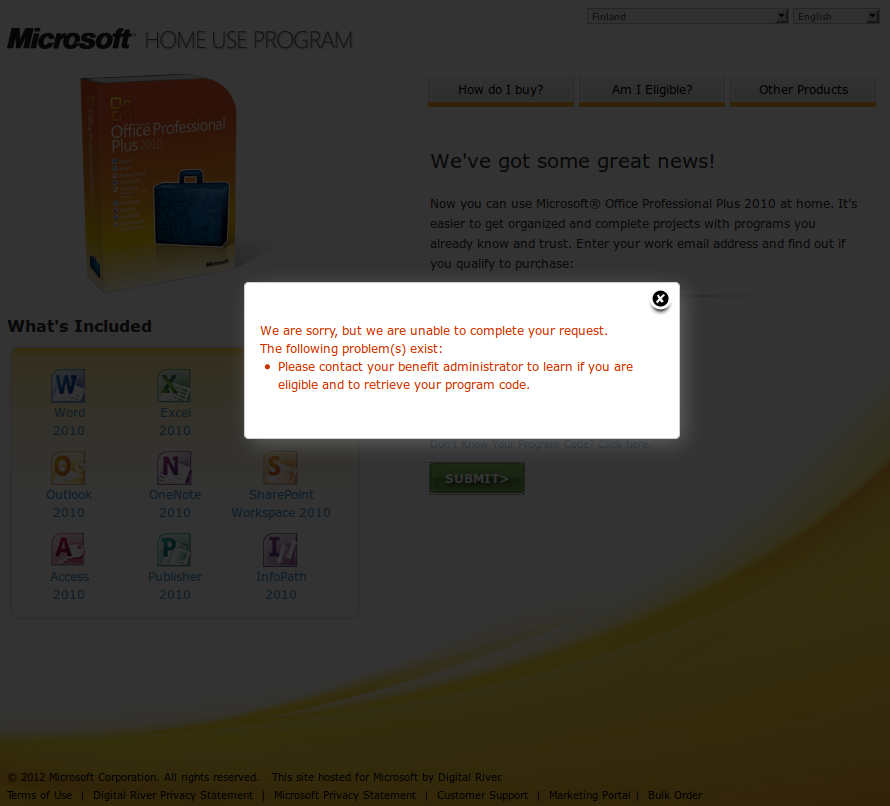