The logic of the Äkta Avant fraction collector 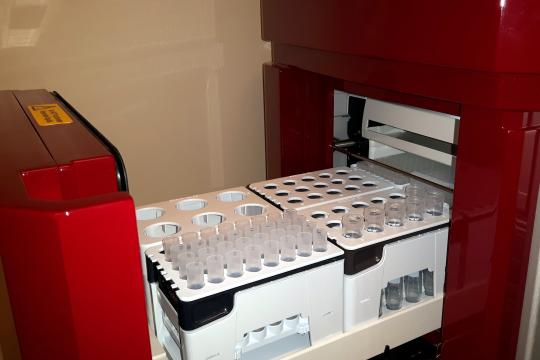 After we solved all the teething troubles with our Äkta Avant, we finally dare to let customers use it. Our customers are very heterogeneous covering complete novices to FPLC and experienced Äkta Explorer users (and everything in between). When we have been giving feedback to GE, our perspective is obviously biased towards a certain type of user. However, taking care of customers is giving us now a new perspective since we get confronted with the usability problems that they cannot solve by themselves. Here I just want to mention one stumbling stone, that has repeatedly brought up to us: the rationale behind the operating mode of the fraction collector. Unlike in the older systems, the fractions collector cannot be manually reset to "First position" or to any arbitrarily defined position as was possible e.g. under Unicorn 5.

It took us ourselves quite a while to get used to the internal logic of the fraction collection process and we needed guidance from GE. The fact that the system is not behaving intuitively is underlined by the fact that some of the answers that we received from GE experts were incomplete (leading for us to some unpleasant sample losses). Finally we received from GE support a table that describes the behaviour of the fraction collector (see below). However, even that table is incomplete and we have added a few lines that describe some non-standard situations for which the table does not provide an answer. These changes and additions to GE's description have been marked in red.

Logging out and logging in as another user doesn't seem to make any difference for the fraction collector's behaviour. This becomes tricky in a mutli-users setup, where users do not know whether the user of the previous run had removed the collected fractions during the run (to save time) or while the system was in End state. The first would result in the fraction collection continuing at the next tube, while the latter does reset the fraction collector and it'll start at the first position. And another thing: End state is the same as Ready on the small LCD display (we don't know why GE uses two different words for the same thing).